Turbulent 2022 will live long in the memory for those of us who work in the power utilities sector. Wildly fluctuating energy prices dominated global headlines, adding fresh impetus to the drive to bring more renewables into the system.

Energy transition has been high on the agenda for some time and momentum towards new patterns of energy generation will increase in 2023. Transmission and distribution operators must embrace decarbonisation, decentralisation, and digitalisation to modernise the grid, while taking a necessarily robust approach to cybersecurity and sustainability.

Challenges abound, and these are the trends that I believe will shape the year ahead:

The energy transition is blurring the grid edge. Those traditionally described as ‘behind the meter’ – the households, businesses and industries that consume energy – are increasingly stepping ‘in front of the meter’ to generate some of their own energy from assets such as solar panels, as well as manage their own supply and demand with energy storage systems.

Known as prosumers, because they produce and consume energy, their increasing involvement in energy markets is recognised as the likely way forward in an energy sector that must back away from heavy dependence on fossil fuels to mitigate climate change. For national economies, domestically generated energy, even in small packets, reduces reliance on imports thus boosting energy security, too.

The attractions are evident but decentralisation presents challenges to the utilities sector that centre on how to balance the variable energy inflow from prosumers and commercial renewables while maintaining steady supply, particularly at times of peak demand on the grid. What is not in doubt is that decentralisation will be a growing trend in 2023.

Expect calls to become louder for district network operators (DNOs) to facilitate greater levels of demand-side flexibility in 2023. As prosumers become increasingly familiar with generating energy, they will see how they could make money by trading it via the grid and offering their energy storage capacity (including electric vehicle batteries) for sale, too.

But DNOs are finding it hard to adjust to the emerging reality of handling bidirectional energy flows on grids developed for unidirectional flow from a few generators to many consumers. DNOs will need to be akin to District System Operators (DSOs) to help manage issues such as the grid congestion that large flows of decentralised energy generation can cause.

During 2023, debate over the shape of DNOs and DSOs will crystalise. This is not least because, as a new DNV study published by SmartEn shows, unleashing the full activation of flexibility from buildings, electric vehicles, and industry in the year 2030 would reduce spending on distribution grid investments by up to €29.1 bn annually. It could also save consumers as much as €71bn per year, avoid 15.5 Terawatt-Hours of renewable curtailment and €2.7bn worth of peak generation, and prevent 37.5 million tonnes of annual greenhouse gas emissions.

A complex energy model that encompasses many points of variable supply and consumption must be managed digitally, but utilities are torn between progressing the digitalisation of their networks and updating their existing infrastructure.

A subsidiary of S&P Global Market Intelligence called 451 Research, concluded from international research that the utility sector is at a critical transition point. It is challenged with keeping existing grid and service levels in place, despite increasing demands and ageing legacy infrastructure, while facing the need to change service models and apply data insights to optimize operations.

Digitalization can be seen by utilities either as a key to success, or as competitor to what they regard as more pressing challenges: in 2023 the pressure to choose will be greater than ever.

Decentralisation, and digitalisation involve processing vast quantities of data and this raises cybersecurity concerns because incorporating more data into a system increases its vulnerability. There is collective accountability in readying the grid for the energy transition and ensuring buildings are not compromised by cyberattacks.

In 2023 expect to see the energy and cybersecurity sectors working closely together to safeguard the grid to ensure that net zero ambitions are not thwarted by cyberattacks. Governments, too, must work closely with the energy sector to this end, to ensure strategy is robust. This must involve embracing private investment and innovative new technologies that pave the way for better risk management processes and structures.

The EU, and other European countries including the UK, are set to ban the use of global warming SF6 gas in medium voltage switchgear from the mid-2020s. Utilities, together with the many other sectors that use this type of switchgear, will need to select alternatives for future projects. If this happens, the use of SF6-gas in switchgear will be totally forbidden in the EU with the likely effect is that prices will rise for SF6 switchgear refills, and end-of-life decommissioning and recycling will become more costly, too.

As a decentralised high renewable grid will require more frequent switching, the European switchgear market for new switchgear, as well as replacements, is growing. Fortunately, SF6-free medium voltage switchgear technology is mature, and widely available in the range up to and including 24kV. This should make the decision to go SF6-free an easy one to make in 2023, and the years to follow. A more sustainable future will benefit us all. 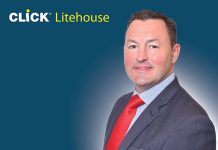