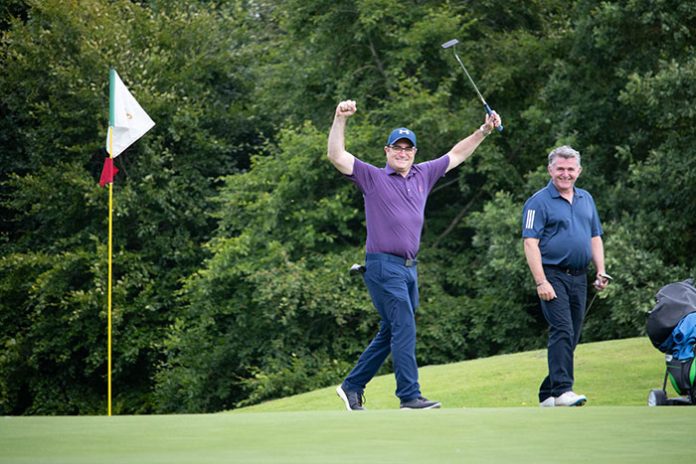 Schneider Electric held their annual corporate golf day in the K Club on the 19th August 2022. This was the first time this event has gone ahead since the pandemic and the golfers were richly rewarded with bright sunny skies as they set out on the fairways.

The golfers battled it out on the North Palmer Course in a fiercely competitive Scramble competition.

The North Palmer Couse, designed by Arnold Palmer, is known as one of Europe’s most spectacular courses and it did not disappoint.

Earlier this year it was announced that the North Palmer Course will host the Horizon Irish Open in 2023, 2025 and 2027. Of course, the K Club is no stranger to hosting big events; it has hosted 13 European Opens and the 2006 Ryder Cup.

Following the golfing, players were invited to stay and enjoy a dinner and prize giving at the Arnold Palmer room in the K Club. The whole occasion was a huge success and players enjoyed the return of this annual event citing “I thoroughly enjoyed the day, golf and dinner in good company in a fabulous setting.” And “the day was superb, and we had great fun at the golf and dinner. A big thank you and all at schneider for a great day out.”

Speaking at the prizegiving Chris Collins, Country President at Schneider Electric said “Following the pandemic it is terrific to see everyone in-person again, and out enjoying themselves on the course today. Thank you to each and every person for attending today’s event. We look forward to making this an annual event once more.”

At their recent golf outing at the K Club on the 19th August, Schneider Electric invited players to take part in their Charity Putting Competition. Players were invited to make a donation to the IEBA and have an opportunity to make their best effort at a 30 foot putt.

The Irish Electrical Benevolent Association (IEBA) acts as a network within our industry offering practical help and support to people who suffer changed circumstances, be it from illness or other factors. The association has and continues to make a real difference to the lives of electrical industry employees and their families.

Through the extremely generous donations of the golfers, €465 was raised on the day and Schneider Electric matched their contributions and rounded the amount up to a total donation of €1,000 for the IEBA.

Congratulations to Adrian O’Brien who won the putting competition by sinking the only hole in one!

Measurements you can trust with RS