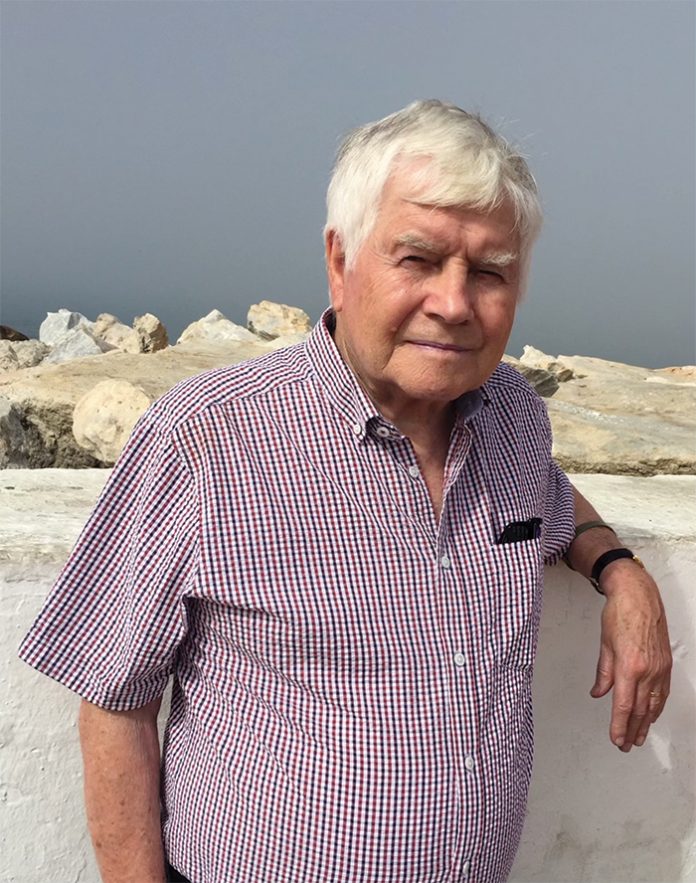 It is with great sadness that we announce that John Fitzsimons, the founder of National Emergency Lighting ( NEL ), has passed away.

Having served his time as an electrician, John progressed his early career in the Electrical Contracting Industry.

He subsequently specialised in the Fire Alarm Industry joining AFA Minerva and then Champion Fire Defence in the early 1970s with the view of developing the company’s early entry into the Emergency Lighting Industry.

As a past President of the EIFI and founding member of EMDA he was an active member of technical committees of the IIRS initially and subsequently the NSAI.  This association was instrumental in the development of the Irish National Standard for Emergency Lighting (I.S.3217 ).

Jimmy Whan, a colleague in Champion Fire Defence, a peer and friend of John’s shares a memory.

“John was a gentleman who always gave of his best, considered everyone he dealt with and provided a service second to none. When he would return to work after a weekend in the “Sunny South East” he would remind everyone – “it never rained in Wexford”. Champion were fortunate to have had his skill, experience and commitment at this formative stage of its development. It was no surprise that John would move on to form his own company, National Emergency Lighting, in the early 1980s.”

John was husband to the love of his life and best friend the late Nell.  Brother of the late Pat and Ev, He shall be sadly missed by his daughters Paula and Jill, his son-in-law Michael, his sisters Patty, Marie, Ann and Margaret, his brother Ben, his relatives, friends, colleagues, peers and staff.

John was a stalwart of the Electrical Industry in Ireland.  Thoroughly respected and fondly remembered by all who knew him.